​​Gifted with superpowers she can’t refuse, her life spirals out of control.

Bounced from a jungle battle, to an Islamist stronghold, to a corrupt Colombian trial,

Em Roberts, your average school principal, knows that something is dreadfully wrong.

the world, forces her to face unbelievable danger, and insists she can stop wars.

Will she outwit that voice and end the nightmare, or will she die trying?

EMBATTLED is book one of the Em and Yves series. If you like “soft” science fiction

with a touch of romance, then you’ll love the harsh reality and magic of Darlene Jones’s series.

Buy EMBATTLED today to join Em as she “saves” the world. 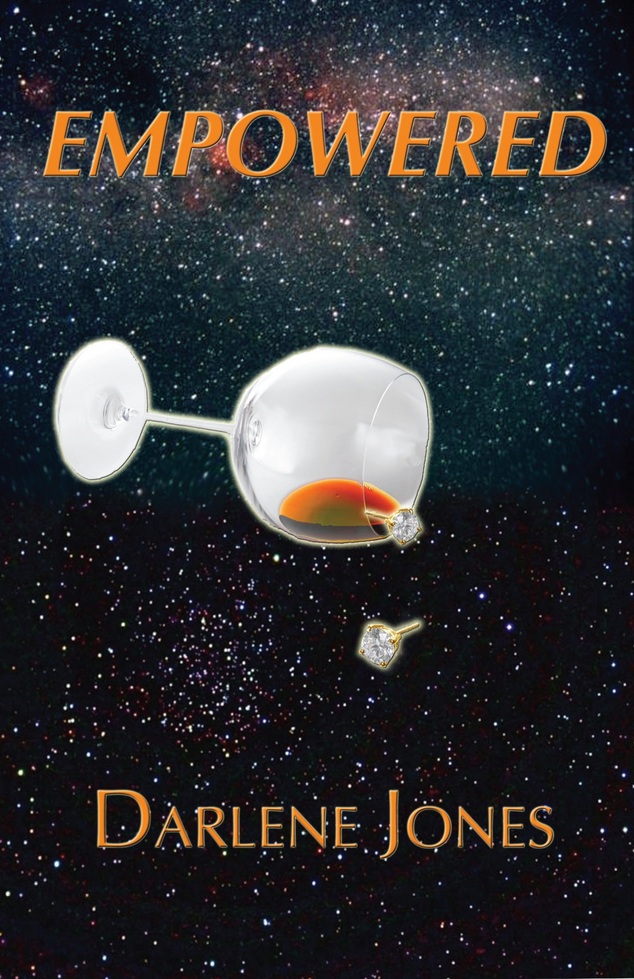 She’s crazy to build her life on childhood visions, but …

Jasmine Wade, rich man’s eye-candy, trusts in visions she experienced as a child.

In them she “traveled” with a woman facing incredible danger and vanquishing evil.

Driven by this ideal, Jasmine is determined to change the world—at least her little corner of it.

Kidnapped, not for ransom, but to be eliminated, Jasmine must depend on her wits to survive.

But where, in this mix, are the aliens who are using her as their tool?

Will they be the ones to save Jasmine? And, if not …?

relationships woven into a story you won't want to put down.

Controlled by an Alien, Abby must decide if he’s real before she loses her sanity.

When school principal, Abby Davies, hears clickings in the fillings of her teeth

she doesn’t understand why she believes they are messages from aliens.

Changing the world was never part of her career plan … but, letters she didn’t send

bearing her signature are showing up in newspapers around the world.

The things asked for in the letters are coming true.

To complicate matters even more, the alien controlling Abby has fallen in love with her.

Is this her one chance for true love?

EMBRACED – Book three of the Em and Yves sci-fi series brings the alien down to Earth.

Buy EMBRACED to see if Abby survives alien intervention in her life and finds love. 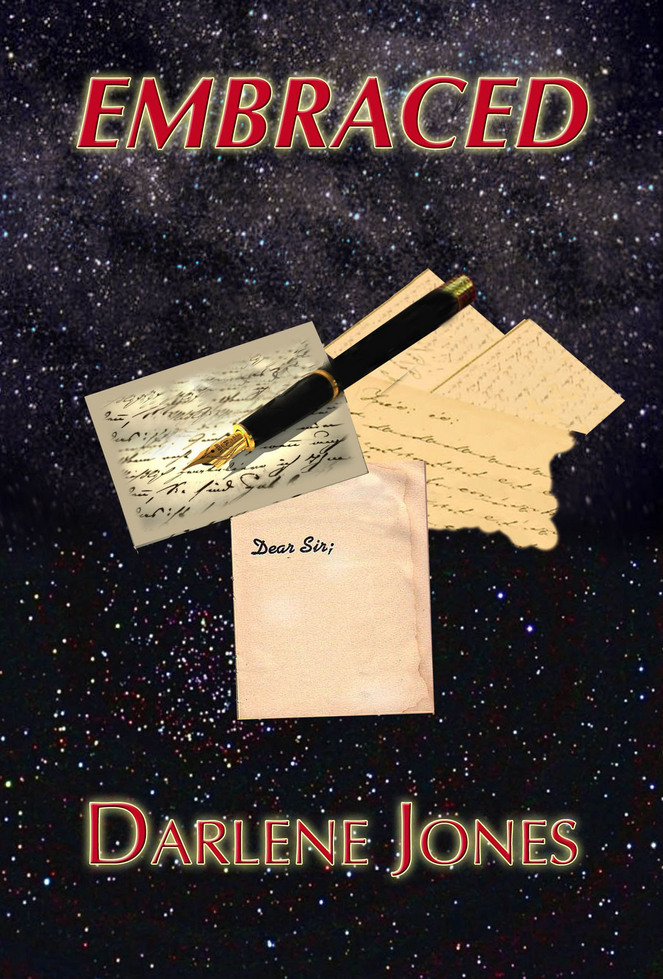 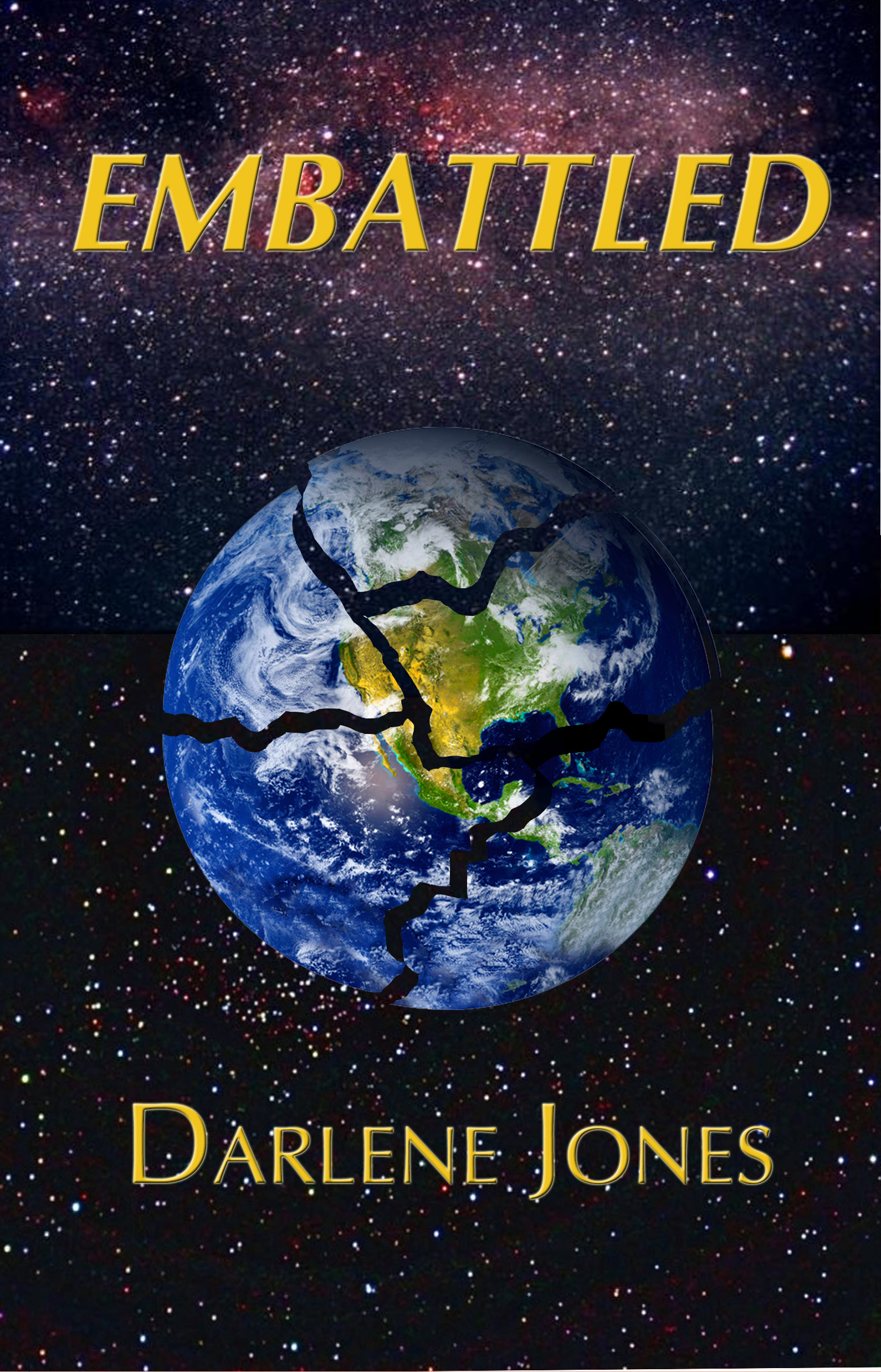 Inexplicably drawn to the man stalking her, she knows she needs help.

School principal, Emily Roberts, can’t shake her attraction to the man following her.

Scared, she turns to the wonderful Dr. David, but even he can’t help her. Real fear

sets in when the stalker claims to be an alien who has loved her in other lives.

Now, trapped in his perfect heavenly world, she is the only one who sees the danger

him forever … if she can save him, that is?

EMBROILED – From a reviewer “Em/Jaz/Abby/Emily – how are all related? What has Jones

done to bring these heroines full circle? To answer that question would be a spoiler.

very angry. Involving the reader so strongly in the characters’ lives is surely the sign of a

powerful author. All I will say is that the ending is satisfying in every way.”

Buy EMBROILED now and travel with Emily to experience a world “up there somewhere.”